This question of temporality is directly related to the problematic of taxonomy engaged by Scratching . . ., and epitomized by ongoing debates about the value of such terms as “Modern Islamic Art” or “Contemporary Islamic Art.”1 As Scratching . . . suggests, despite the rigid temporal taxonomies that ensure the disaggregation of the modern from the premodern and both from the contemporary, their institutional presentation has more in common than first appears. When The Metropolitan Museum of Art’s galleries of Islamic art were reinstalled in 2011, for example, they were renamed as the galleries showcasing the Art of the Arab Lands, Turkey, Iran, Central Asia, and Later South Asia. That choice was mirrored in Doha’s Mathaf, the Arab Museum of Modern Art, which had opened one year earlier. Both represent a move away from the universalist aspirations or pretensions of encyclopedic museums and toward ethnically or regionally based presentations reminiscent of earlier taxonomies. Similar tensions permeate the creation of regional franchises of national museums in the Gulf in order to promote access to a cultural heritage presented in universalist terms. 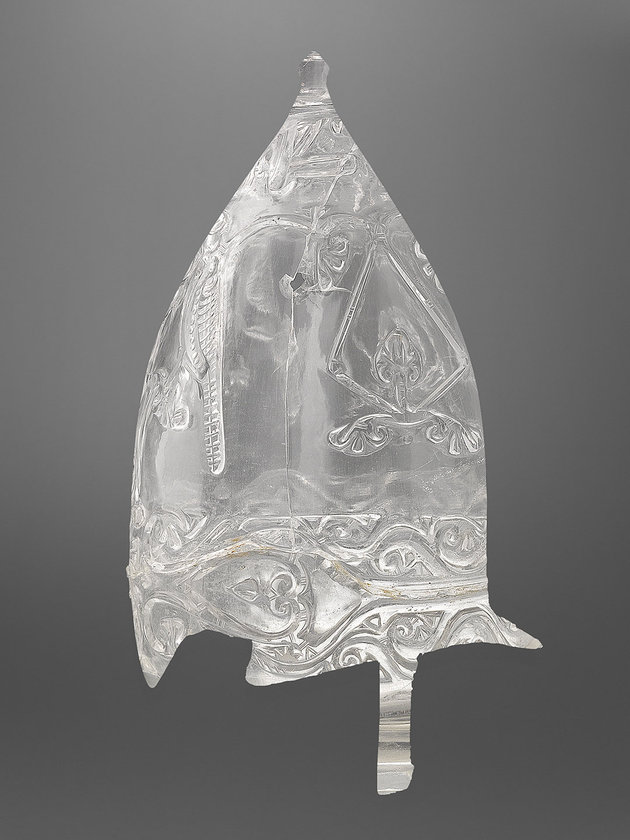 In terms of Islamic art, these developments raise significant questions about the politics of representation: about whether and how the art of vast regions extending from the Atlantic to the Tigris and beyond can be adequately represented in and by one center, and about what is at stake in the authority and economic or infrastructural capacity to represent.2 In the case of the Gulf museums, the “homecoming” of Arab or Islamic art—ranging from ceramics, metalwork, and miniature paintings to large-scale canvases and sculptures—is an aspect and effect of contemporary geopolitics that highlights the utility of art in regional constructions of transregional identity and heritage. Tensions between pan-Arabism and nationalism or regionalism seem to suffuse some of the work in Scratching . . ., appearing, for example, as a disjunction between title and inscription in plates 88–90 of Appendix XVIII, in which each “plate” has its own, universal title ( . . . . A History of Art,  . . . A History of Museums,  . . . A History of Exhibitions) at odds with the Arabic micro-texts that it bears, which signal a more specifically Lebanese orientation.

In keeping with all of Raad’s earlier work, Scratching . . . eschews any shrill ideological position in favor of a politics of poetics. The project is nonetheless deeply implicated by questions about the possibilities and problematics of representation, questions arising from current economies of cultural production. Integral to one of the works within Appendix XVIII are costings—rough calculations, dollar amounts, figures and lists of beverages (for a gallery opening?) articulated around the words “Beirut” and “Cairo,” foregrounding interrelations between economic and cultural capital, between the production of value and the means of production, the visibility of art and its sustaining infrastructures. Translator’s introduction: Pension arts in Dubai (2012) unravels the global networks underpinning an unlikely investment fund for artists, laying bare the imbrications between global capital, information technology, and the Israeli military. Ultimately these global connections relate the objects of art to the bodies that shape and consume them, including those exploited in the construction of pristine architectural frames for the promotion of cultural values. Raad’s involvement with Gulf Labor, a coalition of international artists working to protect migrant workers’ rights during the construction and maintenance of foreign museums and universities in Abu Dhabi, makes the matter more than academic.

Collaborative endeavors between secular humanism and enlightened despotism to develop cultural infrastructures dependent on the predations of bonded labor throw into high relief the Janus-faced principles that permeate histories of the modern museum, histories and principles central to Scratching on things I could disavow. Such collaborations constitute a cosmopolitan coalition of the willing, a cultural coming-of-age that finds its mirror image in a recent widely circulated photograph of the United Arab Emirates’ first female pilot heading north to join American, Arab, and European aircraft dropping high-tech bombs on Syria. Which will be the face of the future remains to be seen. What the play with fragments, frames, taxonomies, and temporalities that constitutes Scratching on things I could disavow suggests is that collusions and occlusions integral to the construction of archives, histories, and cultural infrastructures in general are necessarily marked by what one critic of the newly installed Louvre Islamic galleries described as “the occultation of ambiguities.”3

This is the third and final section of the essay. Read Part 1 here and Part 2 here. Excerpted from Finbarr Barry Flood's essay "Staging Traces of Histories Not Easily Disavowed" in the exhibition catalog Walid Raad available at the MoMA Bookstore.

See Flood, “From the Prophet to Postmodernism.”

A case in point is the Bahrain pavilion at the Venice Biennale’s 14th International Architecture Exhibition in 2014. Entitled Fundamentalists and Other Arab Modernisms, the pavilion presented a pan-Arab history of modernist architecture at a moment when the Bahraini government, with the help of Saudi Arabia, was brutally suppressing its own Shi’i Arab population.