Growing Up With Style

Luis Camnitzer is a Uruguayan artist who was born in Germany in 1937. He immigrated to Uruguay when he was one and has lived in the United States since 1964. He is a... Read more »
Show Less
Click here to visit the current discussion about this seminar.
Keywords: CMAP, Luis Camnitzer, Joaquín Torres-García, Constructivism, Escuela del Sur, Uruguayan art, MoMA, Uruguayan Modernism
Growing Up With Style
Seminars

Growing Up With Style

I am at a point in my life when I have made complete peace with Joaquín Torres-García. It took a long time. Growing up in an environment ruled by him was not easy; sometimes it was even painful. I never exactly knew if the gray and earth colors of the Montevideo in which I was raised came from his paintings—or, if they came from the city itself. It didn’t really matter which came first. In a country of immigrants, maybe this palette was simply a sign of shared melancholy. A certain building in my neighborhood, one we referred to when giving directions, was the “green building,” which in its oddity expanded the limits of our imagination. 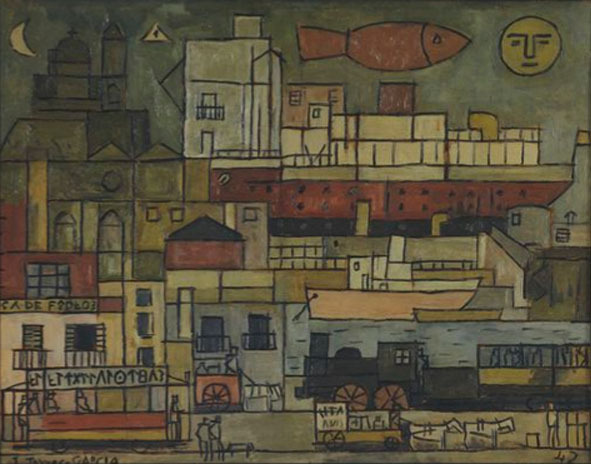 Joaquín Torres-García, The Port, 1942. The Museum of Modern Art.

During the 1950s I was studying art and architecture at the same time. When I tried to design a colorful building, I was told that I had to respect the urban color context, to retain its harmony, that it wouldn’t tolerate shrillness. We all knew that Torres also used Mondrian’s Neo-plasticist colors—somewhat muddied—yet, during my student days his palette was always characterized as “earth colors,” which, tolerantly, also included black, white, and gray. When a teacher advised me to use the golden rule for architecture, my indignant reaction was to declare: “I’m an artist and I don’t need prosthetic devices.” Though Le Corbusier’s Modulor echoed Torres’s much earlier (by at least a decade) pictograph for the universal abstract man, nobody made the connection between them. Interestingly, Justino Serralta, an Uruguayan architect and my best teacher ever, had assisted Le Corbusier in the development of the Modulor. He drew the man for Modulor 2. In any case, at the time I distrusted both Torres-García and Le Corbusier. In art school I belonged to the rebellious student generation. Our school was a bad copy of the French Academy of the nineteenth century and we wanted to be contemporary. 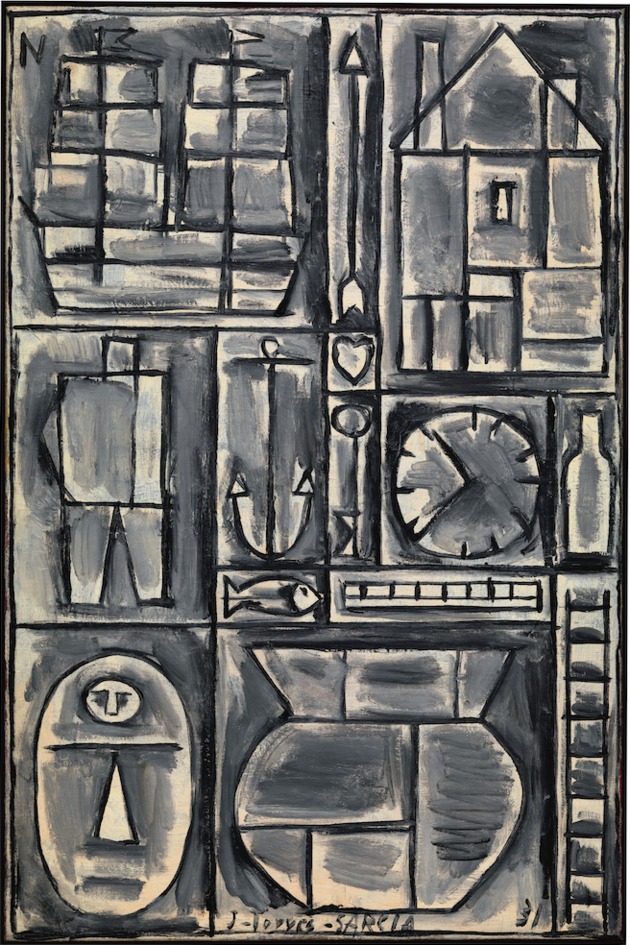 We worked on a curriculum that included ideas from Maria Montessori, John Dewey, and Herbert Read. We leaned toward the Bauhaus, particularly as represented by Johannes Itten and Paul Klee. With dogmatic passion we hated anything dogmatic or academic. Within the school, we had our academic teachers, who we eventually managed to kick out. Outside the school, we had the Taller Torres-García. Everybody in the Taller (workshop-school) followed the dogma, which consisted of drawing little symbols and using golden proportions and earth colors. We saw this as a cult producing an empty style. Meanwhile, in our resentment, we continued to ignore not only Mondrian’s colors, but also Torres’s odd series of portraits from the late thirties and early forties. These pictures were weird, and they were dangerous since they broke the dogma by escaping his own “anonymous rule.” The portraits might imply some of the freedom we refused to acknowledge. Because of its focus on “anonymous rule,” the Torres-García exhibit at MoMA doesn’t include them either. Ignoring them, however, evades the question of how abstraction and figuration could coexist in the same person. It took hegemonic permission and Gerhard Richter to allow for that. But permission was only granted to Richter. Worse for me, I actually liked the portraits Torres did. In my eyes they looked like Daumier meeting El Greco. So, going back to Torres and pedagogy—the Taller was our enemy no matter what, and I kept my little liking to myself. The Taller, after all, was the French Academy dressed in a universal, Constructivist costume. 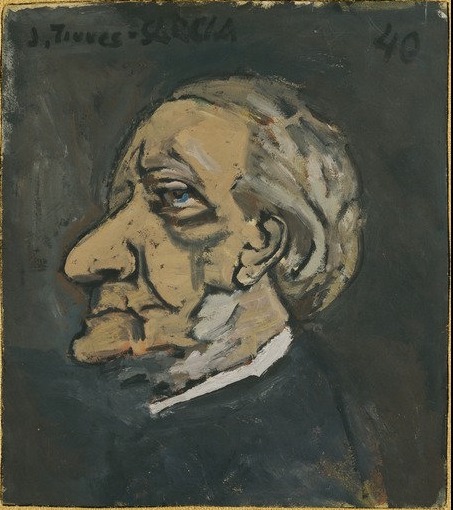 Joaquín Torres-García, Portrait of Wagner, 1940. The Museum of Modern Art.

When I came to New York in 1964 I had the privilege of painting the walls of Louise Nevelson’s house on the corner of Spring and Mott Streets. The colors were purple and gold. More importantly, we ended up talking about Torres-García and how he influenced her work. In a typical colonial attitude, this made Torres grow some in my estimation. A year later, I befriended one of his former students Gonzalo Fonseca. Some years after, in 1970, Gonzalo had a major exhibition at the Jewish Museum. I went to see it more because of friendship than out of interest. To my surprise the show completely blew my mind. I decided that either he had a special gift that transcended the limitations of the Taller, or he had been deprogrammed. I told him that and he got upset, because I was criticizing the master. The same year, a little later, Torres had a small retrospective at the Guggenheim Museum. This one I went to see because of chauvinism. And because of chauvinism, I was upset that he was given only four circles in the spiral. I left with a sense of respect. It took me till 1992, till the exhibition of the Escuela del Sur, organized by Mari Carmen Ramírez at the Bronx Museum, to realize that all members of the cult, not just Torres, had some power to reckon with. By now I was far enough from my own dogma that the fog had cleared. I accepted them all, the whole group, even if not equally. Torres was still the master. Fonseca was still the one able to take off without having to kill his father to do so. He became, in my view, the most important sculptor of the second half of the twentieth century in Latin America.

All this doesn’t mean that I’m willing to leave everybody scot-free. The Taller was definitely a cult, students had to conform, and their work was recognizable from a mile away. The appeal of being part of that school might have been what I take as its negative aspect: The recognition of a style ensured a certain level of results, and precluded most of its members from finding their own way. And if they did, they found it nearly impossible to transcend the master. In that sense they were living proof of bad pedagogy. The teacher never became dispensable like a good teacher should. The students never were able to fly on their own. Few people outside of Torres’s circle read his sometimes difficult and baroque writings. I wasn’t one of them. However, the theory gave some meat to his work, while its absence in the work of others often resulted in nothing more than painted surfaces. 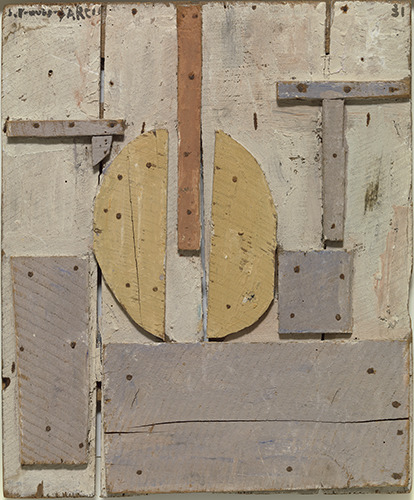 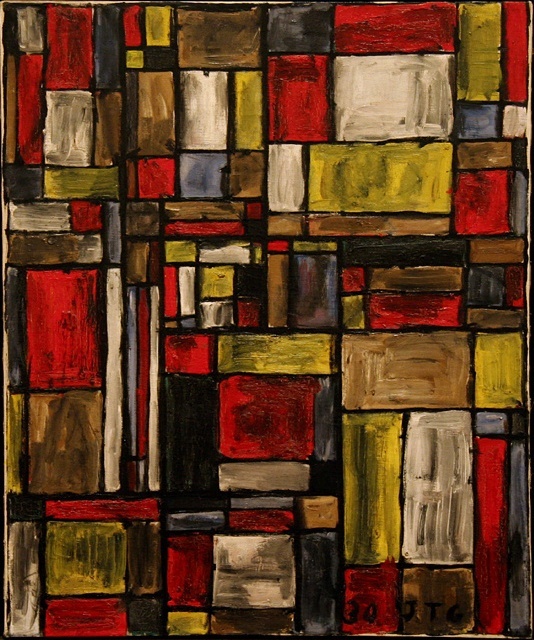 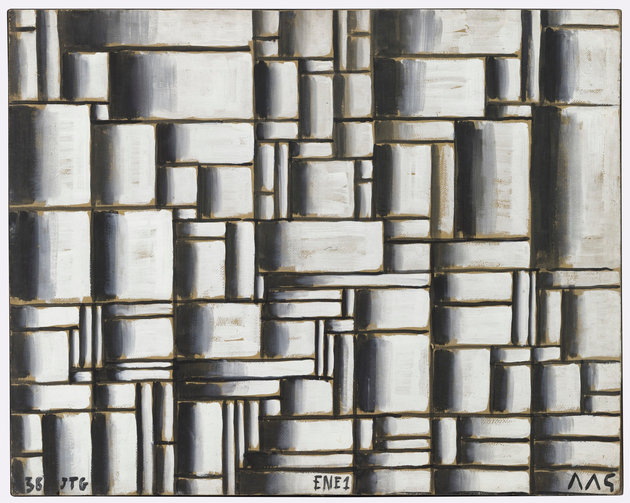 Construction in White and Black

There were other consequences for which nobody is to blame directly; however, they are interesting from an anthropological point of view. The simplicity of the symbology employed by both Torres and his acolytes helped their persuasion and formal success in Uruguay. The style trickled both sideways and downward. Sideways, to artists outside the circle, it did not exactly create external copycats yet it validated a simplification of Torres’s graph system. For many, ornament took over language. Colors remained muted in Uruguayan art for a long time, no matter what -ism its artists were working in. Furthermore, the already debatable mission to construct a continuous tradition with so-called pre-Columbian cultures became a license for general superficiality. It produced “lite-art.” The lightness was particularly useful for survival during the state of siege and the period of dictatorship that spanned from 1969 to 1985. No waves were allowed to be made, and no waves were made.

The downward trickle, on the other hand, created a crafts industry that defined a recognizable Uruguayan brand for souvenirs. This is still reflected today in ashtrays, mate gourds, and textiles. If pictography was communicating something through the paintings, here it was only a skin—with no meat and no bones. Somehow one might classify the art stream around Torres-García into several levels. One is exemplified by Torres himself. He knew what he was talking or writing about, and he fully integrated his beliefs and his doubts in his work. Meanwhile, his close circle only half-knew and half-guessed. Members of the Taller only succeeded in so far as they were able to find some personal space in which to explore other things, not Torres’s things. Then, there were the many who did not succeed. And yet, they also served as emissaries for the looks developed by the Taller. It’s their work that ultimately landed in the ashtray aesthetic mentioned above.

It took the end of the dictatorship to allow for the discovery of color, the use of dissonance, and the exploration of the down-to-earth issues found beyond the superficial palette. To say this is not, by any means, a judgment. What Torres and the artists around him did was mostly apolitical, espousing a certain autonomy and purity of art. This was so, even though the beliefs of the members fell mostly on the left of the political spectrum. Uruguayan historian Gabriel Peluffo points out that Torres was more politicized than he would confess to being, and that he would use the word “ethics” in place of the word “politics” when he passionately defended the Spanish Republic. He liked the hammer and sickle as a heartfelt plastic contraption. With all of this in mind, one could say that Torres and his circle had managed the strange and heroic feat of becoming a cultural achievement rather than an artistic one. Torres was, after all, interested in a collective, transnational, and impersonal form of art. In spite of his wishes, the style remained national. Typically, the show at MoMA narrows this national cultural achievement back to individually made high art. One could say that it’s about time that Torres García received personal and long-postponed international recognition. He has finally been knighted beyond national borders and placed into the international firmament for his individual achievement. Also, with this show, I have now reached the level of loving his work. In particular, this is thanks to his small wooden assemblages, which have the touch of a hand I would like to shake. However, in other ways, a review of all these phenomena, by and about him, provide unending food for thought beyond art. Served on a platter, there are morsels that haven’t yet been touched and that merit much more study than that offered by an individual artist exhibition.

Latest discussion on:
Growing Up With Style

by Christian Rattemeyer
Read More »
ï Growing Up With Style