Artist collective Abounaddara is the nickname for a man with glasses. The collective chose it based on its use in Arab cities where ordinary people are identified by their professions or by... Read more »
Show Less
Click here to visit the current discussion about this essay.
A Right to the Image for All Concept Paper for a Coming Revolution
Essays

We live in a world filled with images that are captured, edited, and published at hyper speeds, images referring to images. Our political, ethical, and intimate lives are constructed around images, through images, and in images.

In situations of war and mass violations of human rights, it is our hyper-mediatized world that creates the typical images of victims. Our impulse to expose human suffering and injustice has taken humanity away from individuals and groups who, in dignity, are resisting the conditions that led to their oppression. The images are too frequently about mutilated and starved bodies, not about persons; they are too frequently images of the dystopian landscapes of wretched camps and the ruins of devastated neighborhoods and not images of the networks of social relations and forms of collective cultural and political life that sustain individuals in their struggle for life in dignity and peace. Representations of human suffering and injustice are not only aesthetic choices; they are also political and ethical choices. These political and ethical choices are partly determined by the legal institutional framework that constrains options, and enable and facilitate the choices of another, and many legal systems enforce such representations. Legal systems protect the privacy of persons. They also protect the right of celebrities to control the use of their images. Individuals can own their image if they are legally—and by virtue of social conventions, economic power, or political circumstances—empowered to speak. But what about those who cannot speak? The persons whose humanity is suppressed in images from wars, mass violations of human rights, and other similar situations are not allowed to speak. Their humanity stops at the rights of bystanders to freedom of expression. You can have the dignity of a person or be a victim, but you are not allowed to be both; most importantly, you are not legally allowed to choose what you want to be. Your wounds can speak, but you cannot.

Many intellectuals have engaged the dilemmas and paradoxes surrounding the representation of human cruelty and suffering. Courts in some legal systems have started to formulate a right of every person to the respect of her image. In a world where images can be captured in one place and consumed instantly around the world, these paradoxes and dilemmas are immediate to all legal systems and should be addressed in a principled manner across cultural, political, and economic divides.

Authoritative accounts about justice in modern societies have always emphasized the centrality of the principle that "every person is entitled to equal concern and respect in the design of the structure of society."1 The right to the image finds its legal and ethical foundation in such core principles. A consistent interpretation of the rules of international human rights law must address the dilemmas surrounding the representation of persons and groups reduced to "bare life" in wars, human rights abuses, and other similar situations. A broad and inclusive process for the progressive development of a right to the image is possible under existing rules of international human rights law.

The concept of a right to the image is complex and multilayered. It is not derivable from one specific right (for example, privacy), but from a holistic reading of the existing corpus of international human rights law as codified by binding international treaties. In a way, the right to the image is a bundle of rights. This bundle is what we get when seek the concrete meaning of the fundamental human rights included in the Universal Declaration of Human Rights (UDHR), the International Covenant on Civil and Political Rights (ICCPR), and the International Covenant of Economic, Social, and Cultural Rights (ICESCR) as they relate to the images of individual and groups. It is as much implicit in the right to self-determination (Article 1, ICCPR) as it is in the right to privacy (Article 17, ICCPR) or the right to the freedom of opinion and expression (Article 19, ICCPR). It is as much about individual choice and the dignity of the human person as it is about the right of a people to freely determine the terms of their political association including issues related to the expression of cultural identity.

Tea Is Coffee, Coffee Is Tea: Freedom in a Closed Room

Pre-Figuring Kinshasa City Dwellers in the Streets of Léopoldville: The Photography of Jean...

Abounaddara. The Right to the Image

Latest discussion on:
A Right to the Image for All Concept Paper for a Coming Revolution 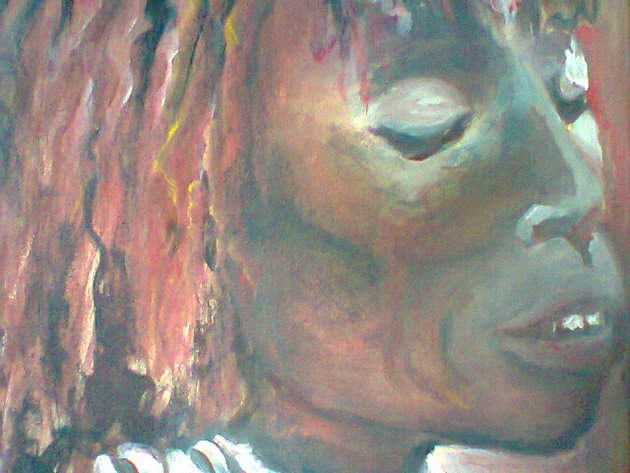 Caption goes here.
Show less »
Discuss (1) Follow
You must be logged into use this feature Login | Register
Print Share
Twitter Mail
Permalink
Essays
Show more »
ï A Right to the Image for All Concept Paper for a Coming Revolution