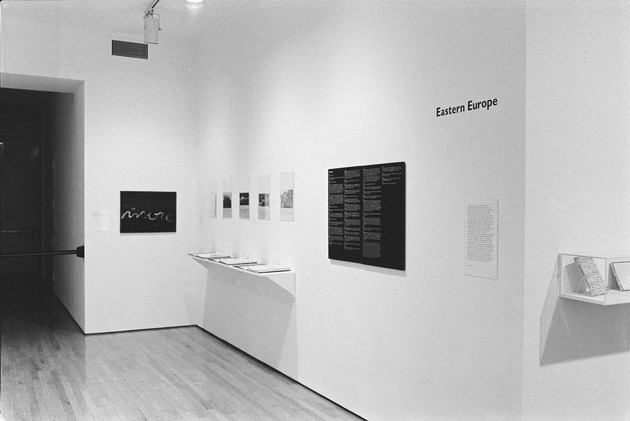 1. How did you get involved in the exhibition?

This interview is about remembering, and as far as I remember, I was included in the exhibition at the kind invitation of Rachel Weiss.

In her essay “Global Conceptualism: Reflections”, the late Jane Farver quotes Lucy Lippard, who did not trust her own memory, other witnesses, or people who were not there. After so much time (and after the “oral history turn”), I am more and more afraid that my memory fails me. Younger interviewers don’t believe me, but they know better than I do what was happening back then, even though they were not yet alive.

Rachel also speaks about memories in her recent essay “Thinking Back on Global Conceptualism”. Her memory works in a way similar to mine: she remembers how strange it was when she visited Eastern Europe.

Jane also remembers that she met several Eastern European curators, all of whom were very well informed about the scenes in the United States and Western Europe but ignored their own neighbors. That’s why I think I was finally selected—because I knew about what was going on in my neighboring countries. I am still proud of that.

2. How did you approach the label “conceptualism”?

In my work, I try to be very conceptual, but I also try to understand everything that is new and strange and different—and not old and boring and classic.

In the exhibition, I wanted to underline the differences between Central and Eastern European “concept art,” which is slightly political, and Western European and North American “conceptualism.” Even to define what is “East” or “Middle East”—Central, Eastern, etc.—is very hard. I was prepared to accept the political version given to us by Western politicians—for example, West Germany vs. East Germany, West Berlin vs. East Berlin. To belong to the Eastern part has always meant that one has a little “Minderheitigkeitsgefühl” (inferiority complex), mixed with a kind of pride, first and foremost. In Central and Eastern Europe, conceptualism means a disguised political and social engagement. It has a lot in common with Latin American art, where “conceptualismo” means a leftist struggle against imperialism. Examples from Central and Eastern Europe include but are not limited to the Hungarians Péter Türk, the strongest artist in terms of logical thinking; Tamás Szentjóby, who makes political objects with alchemic connotations; and János Major (see below); the Romanian Ana Lupaș, who works with folkloric social/public places; and the Slovak Juraj Meliš with his special popular humor.

3. Would you have done anything differently?

Yes, I should have been more simple and direct in my theoretical thinking and in my strategy to include a good selection of Central and Eastern Europe artists.

A friend of mine, the politician and philosopher Miklós Haraszti, who came back from New York after a grant to research the changes of the 1980s and the 1990s, told me that people there didn’t like complicated and sophisticated explanations. Does this mean that they don’t like to work hard in terms of reading texts or looking at artwork, or are they just simpleminded? (Who are “they”?) I don’t know . . .

The revival during the 1990s was strengthened by the positive political changes, the “Fall of the Wall.” Curiously enough, there is a contemporary revival in the 2010s, due to emerging interest of younger generations and that of museums, collectors, and the art market.

5. In your catalogue essay, you also spoke of the importance European integration will have on artistic practices in Central and Eastern Europe. What is your perspective on this sixteen years later?

Strange. In that time, European integration was not taken seriously by artists. Today, of course, the conditions of communication—residencies, taking part in exhibitions, publications, etc.—have been ameliorated.

6. How did your work on the exhibition Global Conceptualism: Points of Origin, 1950s–1980s affect your later work as a scholar and curator?

I really think that Global Conceptualism was a landmark for me. One of its real consequences was the invitation to visit and speak at MoMA in the context of the Contemporary and Modern Art Perspectives [C-MAP] research initiative. While in New York, I was able to see Rachel Weiss and Luis Camnitzer again.

The exhibition helped my reputation as an art historian, curator, and professor, and it is one of the things I am still well-known for today. Immediately after the opening, there was a small symposium on Global Conceptualism at the New School with Lucy Lippard, Sol LeWitt, and a lot of other interesting people. Everybody had three minutes to speak. I spoke on the strange labeling of works at that time at MoMA, for example, “László Moholy-Nagy, American artist, born in 1895 in Bácsborsód, Hungary”; about the concept behind the work of János Major (Fact Art, ca. 1970, included in Global Conceptualism); and about Harry Houdini, escapologist artist, born in 1874 in Budapest, Hungary as Erik Weiss. 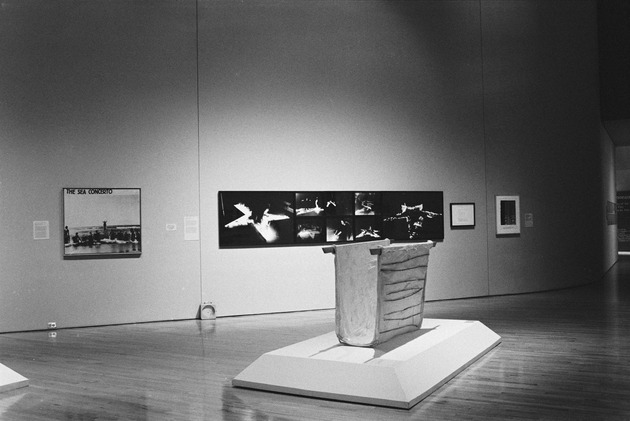 The news of Jane Farver’s death while she was working on the United States Pavilion at the Venice Biennale this year shocked me. She was an excellent and very conscientious museum director and curator. I would like to share two small anecdotes from the time we were preparing the Global Conceptualism exhibition. The first is that I was deeply impressed by the fact that the staff was very multicultural: white, black, European, Chinese, Japanese, Puerto Rican, Mexican, and so on. The second is that it was rather hard to convince “Yugoslavian art star” Braco Dimitrijević that he should have only one plate in the catalogue, which is what the other artists had. I was hopeless and asked Jane to mediate the conflict. Jane wrote him a letter: “If you want to participate, accept the conditions.” Braco accepted.

by Jane Farver
Read More »
This Interview is part of: Global Conceptualism Reconsidered