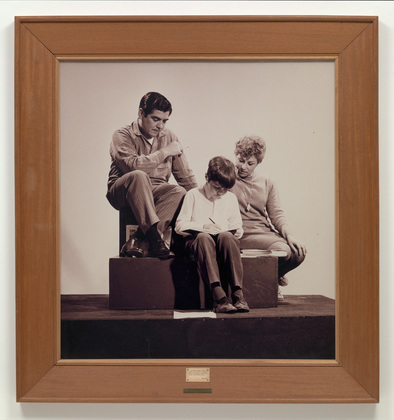 1. How did you get involved in the exhibition? I was writing something about the blurry borderline between art and politics, particularly in regard to the Argentinean “Tucumán Arde” group, which in 1968 shifted from art to politics, and the Tupamaro guerrilla movement in Uruguay, which from the early sixties on staged creative and spectacular events that had an aesthetic surplus way beyond military efficiency. Both examples show that the traditional restrictive categories had stopped being operative. The text was prompted by the exhibition The Bride of the Sun, which Catherine de Zegher co-curated at the Royal Museum of Fine Arts Antwerp in 1991. The writing eventually ended up in a book, but in discussing it with Jane Farver and Rachel Weiss, it also inspired the show. Jane, Rachel, and I were close friends and had worked together on other projects. Jane, at the time, was the chief curator at the Queens Museum, and Rachel had been involved in the organization of several shows (among them the landmark Ante America, also at the Queens Museum). In that context, I was the least professional—not to mention kind of a slacker. Since we wouldn’t receive funding for a Latin American exhibition, we decided to make the exhibition global; and since we wouldn’t receive funding for an exhibition focused on politics, particularly one in which the politics of the U.S. might be questioned, we decided to focus more on art practice. One important guiding point for the project was Jane’s suggestion to use 1968 as a flexible time paradigm. In writing for the catalogue of a Korean exhibition at the Queens Museum, she had compared the 1980 Kwangju Rebellion to the Paris riots in May 1968. This is what made us think of writing history based on local timelines instead of a hegemonic one. We conceived of the exhibition as a decentered federation of localities, each addressing its own crisis within its own corresponding timeline. Although there was information leakage among these localities, the noxious imperial concept of derivativeness lost its usual importance. The traditional hegemonic 1965–75 time frame for Conceptual Art was revealed as being self-interested and exclusionary, and designed to promote a local Euro–North American formalist style (any earlier manifestation was called “proto-conceptual” and anything after, “post-conceptual”). By bringing in Gutai and Situationism of the late fifties, together with Chinese art from the late eighties, we broke with narrow classifications. All this led us to assemble a team of eleven curators to cover a maximum of regions. The title Global Conceptualism came about later, after the show was more or less organized. It did not try to promote the idea of one “global art,” but rather the global scope of localities in geographic terms, with the intention of getting rid of any centric arrogance.

2. How did you approach the label “Conceptualism”? Peter Wollen, who was in charge of the North American section, made a big point about the difference between Sol LeWitt’s and Joseph Kosuth’s visions of Conceptual Art. This led us to differentiate between “Conceptual Art” and “Conceptualism.” “Conceptual Art” became the term that covered the stylistic period in the U.S. and to some extent Europe between 1965 and 1975; “Conceptualism” referred to a set of strategies that emerged in periods of crisis and rupture, and it favored the transmission of ideas over any formal speculation about or search for a mystical essence of art after dematerialization. This difference was important. It put Conceptual Art into a broader and more meaningful context in which seeing was one of many manifestations. It revealed that radical expressions were better seen in communication than in formal changes. And it showed that Conceptualism, in being a strategy, was not bound to the time cycles proposed by traditional art history. While Conceptual Art continues the tradition of contemplative art, Conceptualism more directly addresses the issues of erosion of information during transmission, the efficiency of communication, and the flexibility needed when time isn’t owned by either the artist or the viewer, when instead it has to be recovered from the repressive structures that usurp its ownership.

3. Would you have done anything differently? If I were to redo the exhibition (and to get funding without strings attached), I would probably go back to one of our initial ideas, which was to present works of art mingled formally and indistinguishably with documentary material in such a way that art and politics are not seen as the results of different disciplines, but rather as cultural consequences affected by political conditions. I would emphasize the ownership and control of time to study the effects it has on all of our activities—both subversive ones and those that aim to maintain a status quo. These changes would inevitably make for a different exhibition today, and so, fortunately, I’m not a curator. Looking back, it was fantastic that the exhibition took place at the Queens Museum, which is an institution on the periphery, yet as close to the center as any “periphery” could be. How threatening that can be was reflected in the bad reviews the exhibition received from the local press, confirming our point that the center is just another province. What we did lack, however, was space. We were unable to show everybody we would have wanted to show or should have shown. The real show would have needed to be twice as big and in a larger space—someplace like the Pompidou. As it was, we were limited to certain examples that had to stand as such and to serve as much as references to other works as works in and of themselves. So, it was a microscopic version of what we wanted. And yet, although I did much less than Jane and Rachel, I ended up exhausted and would not want to go through the process again.

On Language and Its Limits: The Illegible Writings of Mirtha Dermisache