Bottom-up, In-between, and Beyond: On the Initial Process of Uneven Growth

Bottom-up, In-between, and Beyond: On the Initial Process of Uneven Growth 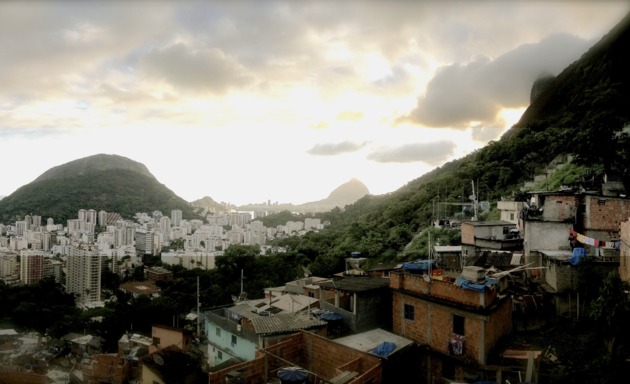 When Barry Bergdoll, MoMA’s outgoing Philip Johnson Chief Curator of Architecture and Design, took the podium at an October workshop for Uneven Growth: Tactical Urbanisms for Expanding Megacities, he warmly welcomed the participants, who had gathered at the Museum from around the globe. On hand to embark on a yearlong study exploring potential architectures of global urbanism were architects and researchers from Boston and Brazil, New York and Nigeria, as well as from Spain, Switzerland, the Netherlands, India, France, Turkey, and Hong Kong, all of whom had been selected by architecture curator Pedro Gadanho.

Given the premise, you might expect Bergdoll to have then presented a PowerPoint exposé full of cautionary figures charting the impacts of rapid urbanization and the inequities of capital. He didn’t. Instead, he set the tone for the workshop by jettisoning a data-driven approach and warned against an embrace of the “statistical sublime.”1 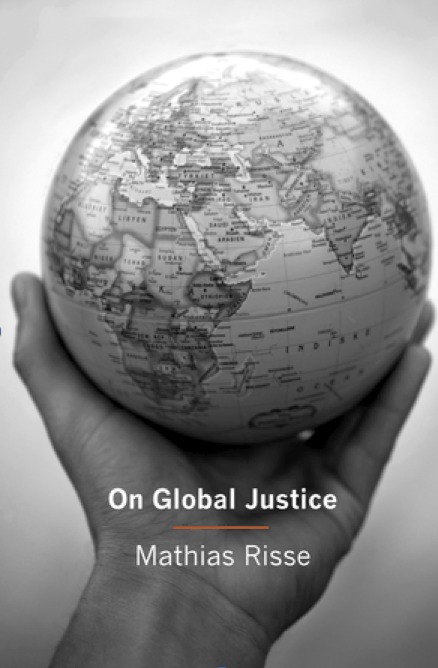 The phrase comes from Malcolm Bull’s review of Mathias Risse’s book On Global Justice in the London Review of Books. Bull describes a vertiginous thrall, writing: “Global inequality has become one of the forms of the statistical sublime. There is a strange pleasure to be had from discovering that the top 0.5 percent of the world population owns 35.6 percent of global wealth, while the bottom 68.4 percent controls a mere 4.2 percent; or that the richest thousand or so billionaires are worth more than one and a half billion of the world’s poorest people; or that the wealth of the world’s three richest people is equal to the combined GDP of the forty-eight poorest countries. It’s like being able to look up at the world’s highest mountain and then straight down into the deepest trench of the ocean.”2

Uneven Growth takes place on those slopes, slippery as they might be.

Because mapping metrics is an aesthetic mode of production in its own right, with incredible visualization examples such as the Wind Map by artists Fernanda Viégas and Martin Wattenberg already in MoMA’s design collection, the suggestion that designers tasked with analyzing urban conditions must go beyond numerics is critical. By fall 2014, each of the exhibition’s six collaborative teams—composed of one local and one international architectural or design practice—must produce a future-oriented design scenario and proposal attuned to the existing issues facing their assigned locality. The binary of local and international is further complicated as each pair combines a research-based practice with one versed in tactical interventions. Gadanho is betting on team pairings to provoke new methodologies and unusual outcomes. 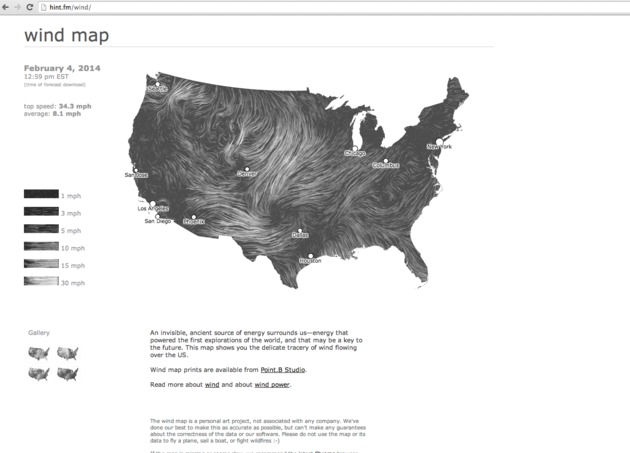 But maybe the potential of these collaborative mash-ups lies in the term taken off the table: "statistical sublime." In breaking apart the compound phrase, we find a means to unpack the ambition of Uneven Growth and the architectural propositions it desires. “Statistical” implies a systematic accounting of problem to program that might be conventionally pragmatic, ad hoc, or shaped by parameters. Whichever way, it’s the stuff of architectural fact. “Sublime,” on the other hand, is the stuff of architectural fiction. First coined in 2003 by science fiction author Bruce Sterling in reference to the radically visionary work of Archigram, whose projects such as Walking City (1964) or Instant City (1968) manifested the urban pressures of postwar Britain with a pop sensibility.3 Today, the term encompasses a large swatch of visionary and speculative design, providing a platform for work that goes beyond quotidian architectural solutions and equally embraces schemes that are utopian in their desire for a better world and dystopian in their heightened response to contemporary crises.

The suggested outcomes of Uneven Growth—the teams’ scenarios and artifacts developed via workshops in New York, Shenzhen, and Vienna—compound statistical and sublime. In combining the rigors of architectural fact with the tools of architectural fiction, they continue the examples set by previous Issues in Contemporary Architecture exhibition series, of which Uneven Growth is one. In 2010 I wrote about Rising Currents: Projects for New York’s Waterfront, the exhibition in the Issues series for Places journal. I praised MoMA for creating a three-month-long architects-in-residence program at PS1 in order to develop the work for the show and for taking a risk in commissioning “unfinished” work. Rising Current’s emphasis on collaboration and process has since become an ethos for both Foreclosed and Uneven Growth. The first exhibition also set an example for the use of speculation as an institutionalized piece of the production of a host of models, drawings, and diagrams. And I was critical of what this means for the discipline, writing:

Rising Currents comes at a time when scenario planning and disaster speculation have become part of the architecture and urbanism zeitgeist—an intellectualized way of coping with an onrush of crises . . . Yet, as contemporary books, blogs, studios, and gallery shows reveal, the desire to do good is complicated by methodologies charged up on risk, as if the energetic discussion of failing cities, displaced populations, and wasted landscapes were a kind of extreme design sport—a chance for architecture to free climb to the very limits of the discipline.4

One project stood out, however. Zone 4: Oyster-Tecture, created by the landscape architecture and urban design studio SCAPE, bridged the gap between fact and fiction. In the process of designing the somewhat fantastical oyster netting to be used in Red Hook to filter water, slow waves, and protect Brooklyn’s shoreline, the team worked with real world stakeholders, including the New York Harbor School and local oyster experts. When I spoke with team leader Kate Orff at the time, she rejected the idea that her infrastructural scheme was speculative, saying “It’s a chance to get in front of policy makers and a mass audience.”5 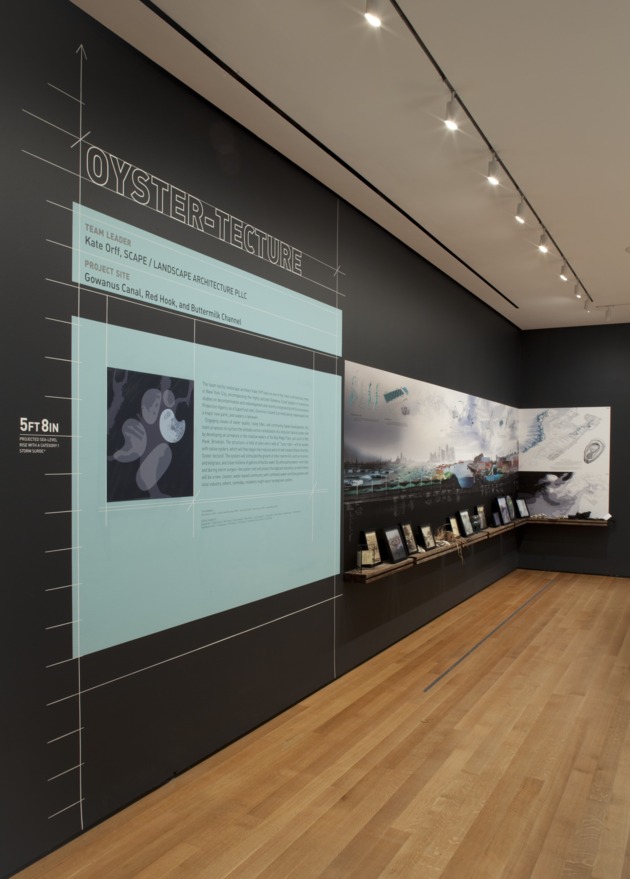 Installation view of the project Oyster-Tecture in the exhibition Rising Currents at The Museum of Modern Art, 2010.

Similarly, the curatorial methodology behind Uneven Growth aims for visionary proposals, while rooted in the everyday. Gadanho stresses “tactical urbanisms” in the plural over the singular, more conventional use of a term. In practice, tactical urbanism is applied to ad hoc urban interventions that are often made from an economy of materials, with localized community-oriented production and scope. At best, these works are prototypical, responsible solutions to perceived need: a pocket park, an urban farm, a shade structure. Addressing the workshop participants on the first day of the October workshop, Nader Tehrani, architect and head of the Department of Architecture at MIT, praised the design agency afforded by these kinds of projects, but warned that because of their small scale they have the “danger of missing the larger picture.”6

Adding the “s” to tactical urbanism readies these practices to be deployed at a larger scale. It liberates them from the constraints and conventions that threaten to domesticate a potentially radical way of working at a time when more rather than fewer innovations are needed. 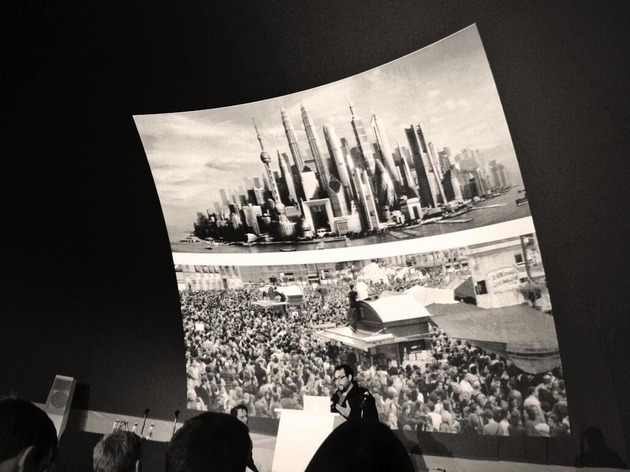 The thrilling possibilities, but also the difficulties, of this task were on view the second day of the workshop. Under a geodesic dome parked in the courtyard of PS1, teams presented to the public for the first time. As each group took the stage and clicked through slides of past work as well and nascent developments of their Uneven Growth project—a few ideas, sketches, or diagrams—productive frictions and fusions (both curatorially masterminded, perhaps) were evident. Asked to investigate Hong Kong and Shenzehen, the pair of Hong Kong–based MAP Office and the Network Architecture Lab from New York’s Columbia University questioned not only how architects should act in the global order, but also where they should act, given the density and complex territories (physical and economic) of their assigned metropolitan region. Their early ideas drew from game theory, and were more interested in SimCity hacks than DIY actions. Working in Istanbul, Istanbul-based Superpool and Paris-based Atelier d’Architecture Autogérée looked to the suburban towers surrounding the city, rather than to the urban core. Domestic space emerged as the site of investigation from New York’s Situ Studio and Rotterdam’s Cohabitation Strategies (CohStra).

Indeed, as the six teams continue to workshop their projects for a fall 2014 opening, the Uneven Growth brief doesn’t necessarily ask for an intervention, but it calls on designers to envision how these actionable tools might be used at a larger order to strategically address inequality in urban space. If the ideas brewing under the dome at PS1 continue to challenge urban prescriptions, then the exhibition offers the opportunity to subvert the codification of factual and fictional approaches to architecture. My ultimate hope for Uneven Growth is that it produce not only designs rich with social impact—this tool kit we know—but also architectures that are as sublimely uneven and unpredictable as the global conditions they engage.

A Call for Change: From Collaboration to Participation

Latest discussion on:
Bottom-up, In-between, and Beyond: On the Initial Process of Uneven Growth

By Nina Callaway
Posted on 6 May

The Crisis of Planetary Urbanization

Discussion: When traditional planning approaches reveal their shortcomings, how can artists, architects, and designers contribute to trigger effective change?

by MAP Office
Read More »
This Essay is part of: Uneven Growth: Reflections on a Curatorial Process